I miss my commute. Well no, not really. What I miss is that "me time," surrounded by people, yet alone. I miss living with an album, inhabiting it. A Tribe Called Quest's Low End Theory and Midnight Mauraders, Nas' Illmatic, and Quicksand's Manic Compression on the 1/9 train in high school. My commute junior year abroad in Japan, bumping Radiohead's OK Computer and REM's Up, perfect albums about displacement and the surreality of it all as I walked blocks that were at once instantly recognizable and quite literally foreign to me. For two months in 2000 I worked at Bell and Howell, on the outskirts of Ann Arbor, MI. The bus ride out of the small city and into the post-industrial, hollowed-out Midwest, which included walking across two exit ramps of Interstate 94, can't be separated from Godspeed You! Black Emperor's F♯ A♯ ∞.

I learned to love these albums through repeated plays on mass transit, or a 2-kilometer walk through Osaka, or a ferry from the north to the south island in New Zealand, in which a patch of fog in the Cook Straight suddenly had to be soundtracked by Mogwai.

On Friday, March 13th, 2020 all that ended. That was the last day I had a commute. You always go to the show, yes? Well, on March 12th a friend and I bailed on a concert (Algiers and Hammered Hulls at the Black Cat) because of the pandemic. We still ask each other if we should have gone, now knowing it would have been a last hurrah. We made the correct choice.

So much has been taken from us over the past nine months. People's health, people's livelihoods, people's lives. Hugging, dapping, hand-shakes. Great and small, people and customs, bars and restaurants and shops... they're gone.

I mourn my commute not because of physically going from home to work, but because that was my time to discover and live with an album and make it mine, tying it to a place, whether that place is physical or mental. Now my commute is to go down a flight of stairs, becoming both a library worker and a hall monitor for the virtual schooling of two children. No more music, no more audiobooks, no more podcasts; it just doesn't work that way for me in 2020.

The physical time I've gained back is not for nothing. More home-cooked meals, more time with immediate family and pets, and more time to--see below--drink beer. But damn, being able to turn up the volume and get into an album on the train,... I really miss that.

Would I fall in love with Helena Deland's debut album Someone New over the course of two weeks on the Yellow Line, my headphones accentuating the musical flourishes, the huskiness in her voice? Which part of the album would play as the train exited the tunnel after L'Enfant Station, transitioning to a bridge across the Potomac River? I don't know, and well, that sucks. I like it well enough on my laptop, often played while onions cook on the stove and two children discuss Legos, The Mandalorian, Fortnite, Overwatch, and Minecraft in the background. But it's not the same. None of this is.

And so none of these albums are really mine. I've heard them and I enjoyed them. But they're shoes I bought, tried on, and wore a few times. They haven't yet adapted to my contours, nor mine to theirs. I really hope in 2021 we get to change that.

1) Fontaines D.C. - A Hero's Death: More mature lyrically, slower, darker, and more muscular than their excellent debut. The switch from punk-based rave ups to something closer to post-punk has treated them well.

3) New War - Trouble in the Air: Melbourne commissioned this hometown band to perform and record on the largest pipe organ in the city. The result is minimalist and claustrophobic, appropriate soundtracking for a year of teleworking and doing without.

4) Feminazgul - No Dawn For Men: Here are the tags for this album on Bandcamp: appalachian, metal, antifascist, atmospheric black metal, feminist. Interested? Bonus points: one of the band members works at a brewery.

5) Dogleg - Melee: Post-hardcore/screamo that's maybe learned a thing or two from bands like Japandroids in that it's cathartic and fun to sing/scream along to.

6) Osees - Protean Threat: John Dwyer released a lot of music this year. These 38 minutes of psych-punk are my favorite of the bunch.

7) Nothing - The Great Dismal: Shoegaze with loud-quiet-loud dynamics, and the loud gets really loud.

8) Stay Inside - Viewing: "What if Interpol, but post-hardcore?" It's kind of something like that. Taut, wiry, and insular, this is not the stuff is sing-alongs or fist pumps, but of quiet headbanging on a commute. Maybe one day.

9) Gum Country - Somewhere: If Electropura-era Yo La Tengo got on the C-86 cassette it would sound something like this.

10) Kvelertak - Splid: Touching on the past 40ish years of metal from the late '70s British new wave to '80s arenas to '90s metalcore to the present, singing in two languages, and just a joy to listen to.

The best of the rest, or eight more albums I liked:

Bartees Strange - Live Forever: Impressive genre-bending from across the indie-rock spectrum to RnB and rap.

Brigid Dawson and the Mothers Network - Ballet of Apes: Slow psych, both breezy and languid, from this sometimes Osees collaborator.

Fleet Foxes - Shore: Same as it ever was for this band.

No Joy - Motherhood: Things I heard in the first three songs of this album include dream pop, black metal, EDM, and slap bass. Somehow, all these in juxtaposition work.

Run the Jewels - RTJ4: Same as it ever was for this band.

Touche Amore - Lament: I've long been aware of this band, but hadn't paid them much attention. I'm listening now.

In 2019 I kind of gave up on IPAs. I don't really know why, it just shook out that way. Well, they're back, including two stellar double IPAs, normally the bane of my existence. Go figure. Which style declined at IPAs' expense? Saison. I saw significantly fewer cans of that style around, which is a bummer. From March 13th to the end of the year I had three draft beers. Three! On the plus side, everyone put everything in cans, because they had to. Here's what stood out. 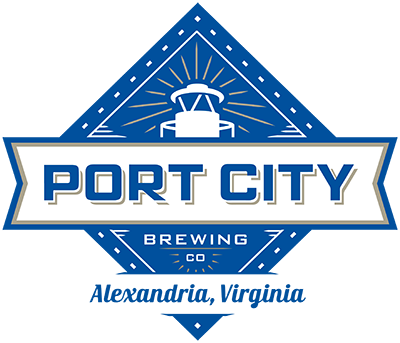 In 2020 it was Port City's world, and we all just lived in it. My favorite beer? Pretty much any Port City lager in a can, but also in a bottle like their Helles and Weizenbock. Let's rank them:

Tmave Pivo - I saw a lot of this style around, which is great, and this one was the most "tmave" in terms of having a Saaz hop bite.

Dopplebock - I've only had one of these, but it was very very good. I should get an Andechs' and go side-by-side.

Weizenbock (bottle) - This was to be 2020's Colossal release, but in a very 2020 move, it just didn't didn't meet the brewery's standards, so they brewed it again later in the year. It's very good.

Note: I didn't have the Export. Not sure how I missed that one.

Elsewhere in locals (plus, uh, Delaware, because why not):

Black Narrows Brewing Company Salts - A gose with oysters makes a lot of sense, hence the name of the beer. Maybe "a creamy, briny, minerality with notes of lemon" isn't for you, but it really works here.

Dogfish Head World Wide Stout, Utopia barrels edition - That this was ready to drink upon an August release was most impressive.

Elder Pine Pilsner (little bit of oats and a lot of Loral hops) and Bien Veillen hoppy saison, which scratched all the right itches.

Right Proper Le Flaneur - Sherry barrel-aged "barleywine" that was our consensus pick for Boundary Stone's Battle of the Barrels.

Wheatland Spring Corn Crib American Lager - So good it spawned a hashtag. Also, I'm going to take a bow for writing this on February 3rd, "On the other hand, a lot of people are about to find out how good Wheatland Spring, Dynasty, Elder Pine, and Manor Hill can be, and we’re looking forward to chatting with a lot of familiar and friendly faces."

Other Half Small Riwaka Everything IPA

Schilling Alexandr (10) and Palmovka (12) Pilsners - And I hear a 13 plato amber beer is coming soon.

2021, please treat us better. Thanks for reading, and be safe.